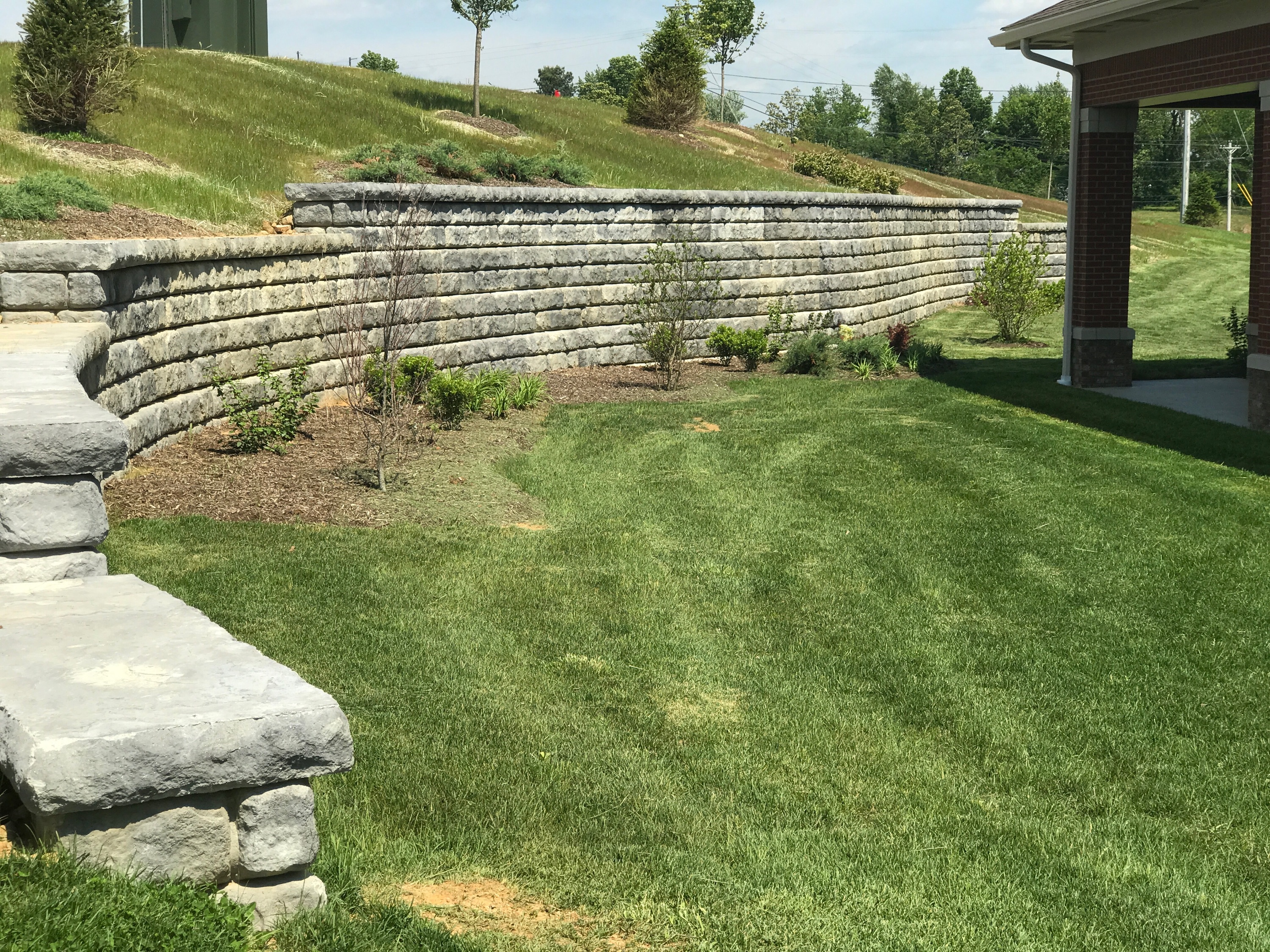 In the summer of 2016, The Grayson County Public Library (GCPL) had finally settled on a new location in Leitchfield, Kentucky. After moving several times since opening in 1980, the new building on Carroll Gibson Boulevard would become the library’s new home. Site plans were drawn and the building design was completed. However, the site plan would require a retaining wall to retain the hillside adjacent to the new building foundation. The excavation required for a conventional segmental retaining wall with geogrid reinforcement would require the removal of most of the hillside at substantial cost. So, the general contractor for the building construction reached out to Redi-Rock of K.I.T. for possible solutions.
With the proposed height of the retaining wall within typical limits of a gravity solution, Redi-Rock of K.I.T. called on JC Hines and Associates to prepare a preliminary design and material quantities summary for budgeting. Once the cost of the retaining wall was established, JC Hines and Associates prepared the final drawings for construction.
The final design called for a Redi-Rock gravity retaining wall at just over 970 square feet with a maximum design height of 8 feet. The natural look of the limestone texture with its multiple gray tone custom color was very complimentary to the traditional red brick exterior of the new library building.