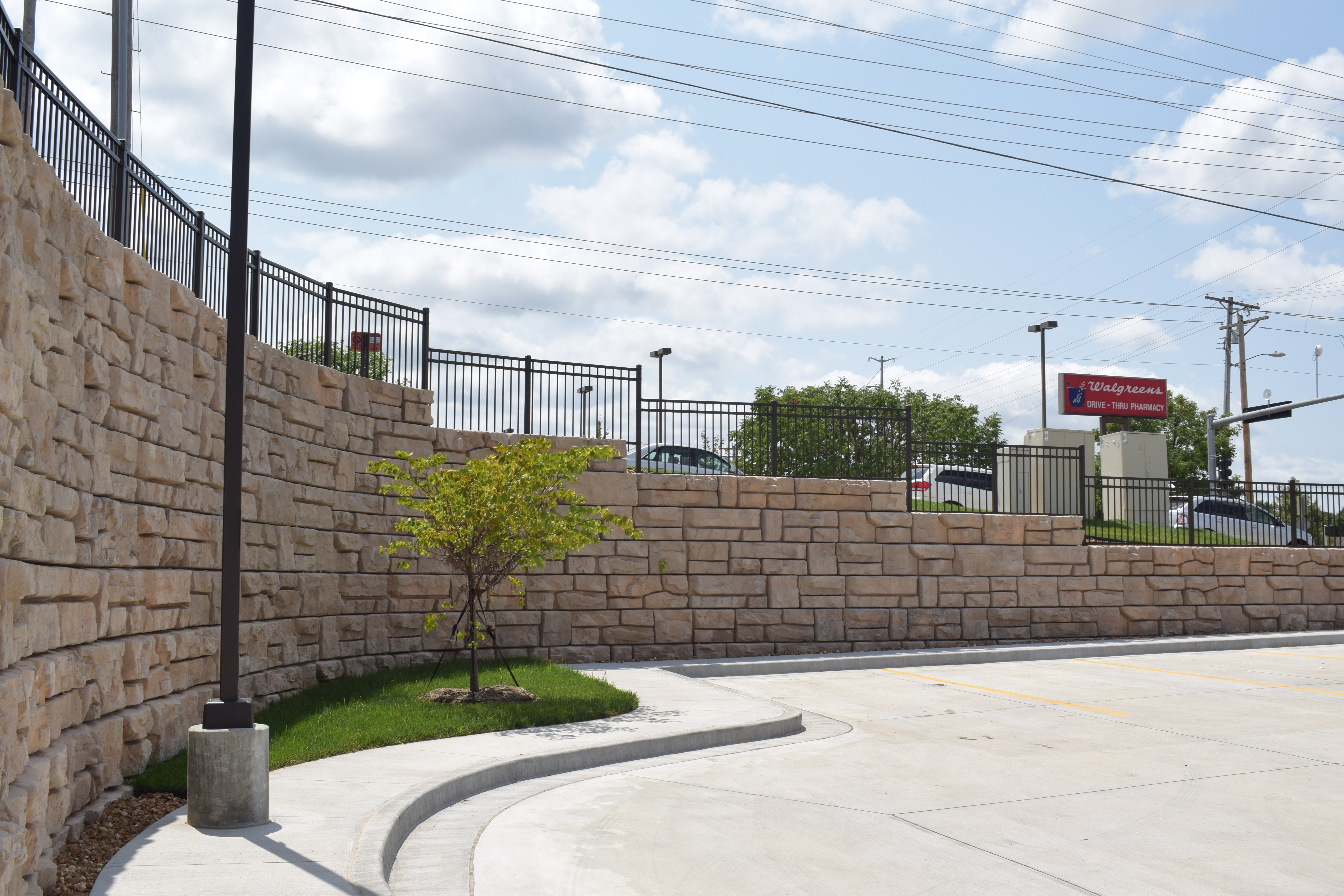 In the spring of 2016, a U.S.-based chain of popular gas station/convenience stores was planning the construction of a new store at the intersection of McClay Road and Jungermann Road in St. Peters, Missouri. Given the limitation on the developable space that the project site offered and the existing slope along the eastern border of the property, approximately 455 linear feet of retaining wall would be required. The retaining wall would ultimately reach a maximum design height of 15 feet.

In addition to providing the necessary grade separation, the retaining wall would retain the adjacent property immediately behind the proposed location of the new store. It would also be required to support a parking area on the adjacent property with potential traffic impact loads on a railing system that would be mounted in the retaining wall itself. To add even more complexity to the design, the wall would need to be founded in clay soils with marginal shear strength and be located within very close proximity to the property line eliminating the potential use of external reinforcement such as geogrid or earth anchors.

Finally, the entire retaining wall section was supported on an improved foundation that involved an undercut and replacement with No. 2 rock fill wrapped with a woven stabilization geotextile. Four (4) feet below the leveling pad and ten (10) feet wide, the undercut zone was reinforced with 3 layers of biaxial geogrid spaced vertically at 12 inches and the entire improved zone was wrapped with a woven stabilization geotextile. Often described as a “geotextile burrito,” this foundation soil mitigation technique transformed the soils immediately below the base course of the retaining wall into a geosynthetic reinforced mass that functions as a coherent structural footing.