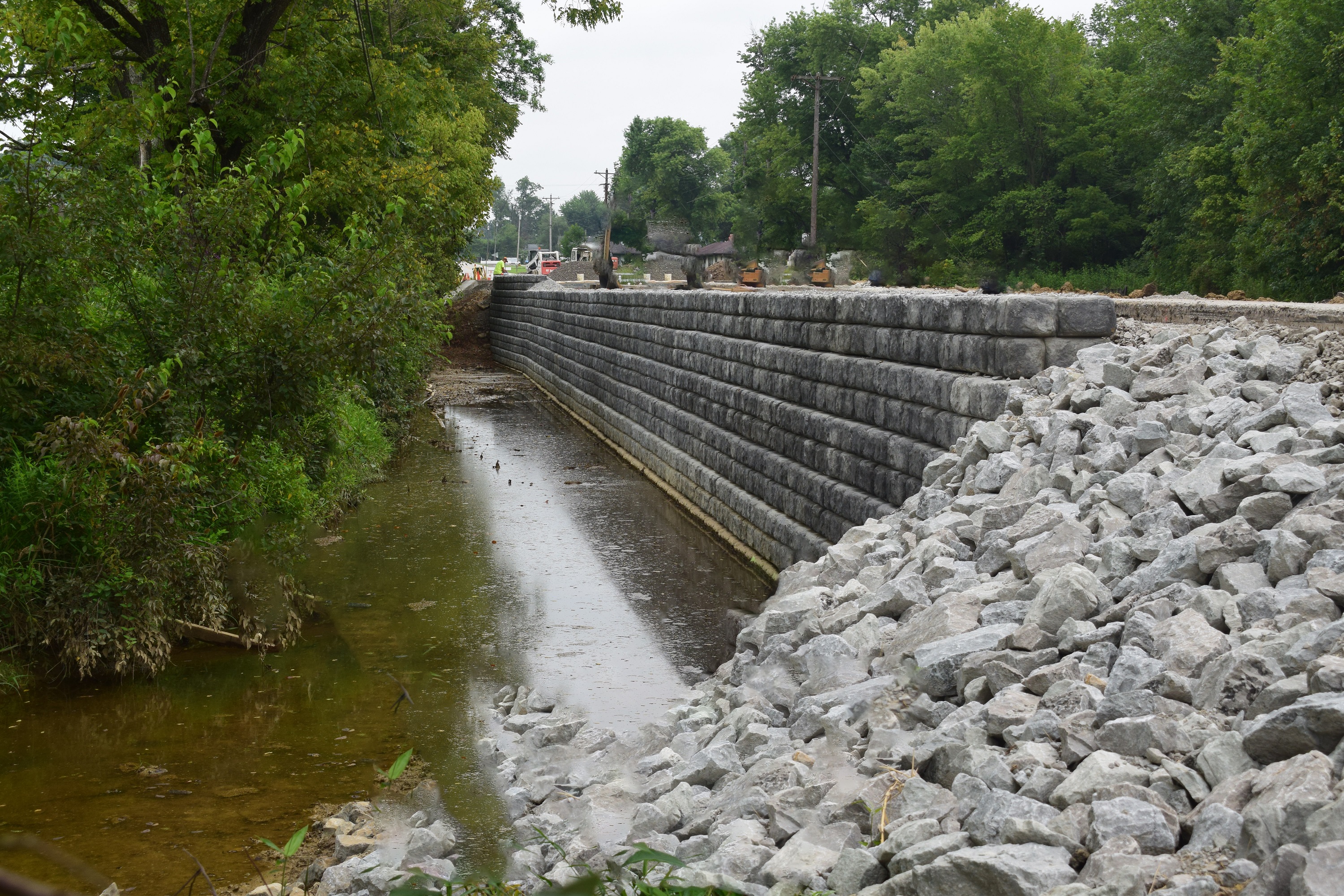 In the early spring of 2017, the Kentucky Transportation Cabinet (KYTC), Department of Highways released plans for a new bridge on South Preston Highway (KY 61) to be constructed over Barley Creek. The new bridge was to be constructed where Barley Creek crosses under KY 61 just north of the intersection with Belmont Road in Bullitt County, Kentucky.

In addition to the new bridge structure, the project would also include improvements to the south approach to the bridge. These improvements would require the construction of a new retaining wall to support South Preston Highway where Barley Creek turns south and runs parallel with the roadway centerline. Originally specified as a cast-in-place standard gravity retaining wall in accordance with KYTC standards, the retaining wall would retain an exposed height of approximately 8 feet immediately adjacent to Barley Creek for most of its planned length of 223 feet.

The general contractor, Scott & Murphy, Inc. of Bowling Green, Kentucky, recognized early in the bid process that the Redi-Rock precast modular block gravity wall system might be a more cost-effective alternative to the specified retaining wall system. With good experience in the use of Redi-Rock on previous projects, the project management team at Scott and Murphy reached out to Redi-Rock of K.I.T. to determine if the Redi-Rock wall system could be considered as a suitable alternative to KYTC as well as offer the anticipated economy to the project budget and schedule.

Redi-Rock of K.I.T. then called on JC Hines and Associates to prepare a construction feasibility assessment and preliminary structural design for an optimized Redi-Rock solution. With accurate material quantities and reliable construction cost estimates, the contractor was able to demonstrate to the KYTC that their expectations were correct and that the Redi-Rock retaining wall system would in fact, provide a suitable and more cost-effective alternative for the project.

The final design called for the substitution of the cast-in-place gravity wall with a Redi-Rock precast modular block gravity wall with Cobblestone face texture. The Redi-Rock design required the wall to be founded directly in the bedrock which slightly increased the wall embedment and its overall height. The ability of the Redi-Rock wall to achieve the required maximum design height of 13.5 feet without external reinforcement such as geogrid or earth anchors were key considerations in the approval of the value engineering alternative proposed by the contractor.