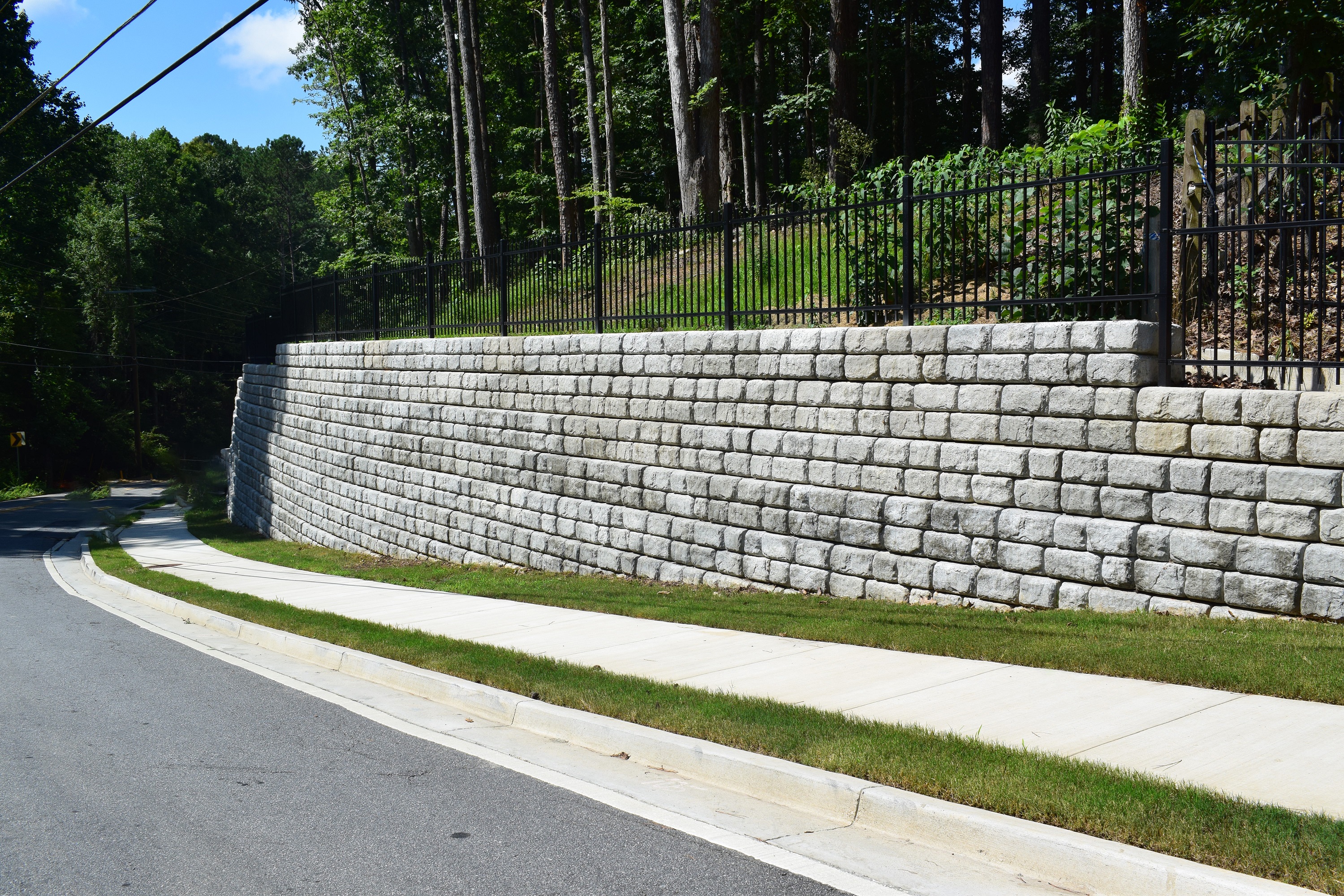 In the fall of 2015, the Cobb County Department of Transportation released plans for road widening, drainage improvements and new sidewalk construction along the scenic thoroughfare known as Little Willeo Road near Marietta, Georgia. Among the list of primary improvements were three (3) retaining wall structures that would provide the necessary support for the grade separation required to widen the street.

The general contractor, Georgia Development Partners of Atlanta, Georgia, surmised early in the bid process that the original design for the retaining walls as reinforced, cast-in-place concrete structures might not be the most cost-effective approach for the project. In the contractor’s experience, the project budget and schedule could likely benefit from the substitution of a modular gravity retaining wall system. Georgia Development Partners then called on Piedmont Precast of Atlanta, Georgia to determine if the Redi-Rock wall system could be considered as a suitable alternative to Cobb County as well as offer the anticipated economy to the project budget and schedule.

Piedmont Precast contacted JC Hines and Associates to prepare a construction feasibility assessment and preliminary structural design for an optimized Redi-Rock solution. With accurate material quantities and reliable construction cost estimates, the contractor was able to demonstrate to the Cobb County Department of Transportation that their expectations were true and that the Redi-Rock retaining wall system would in fact, provide a suitable and more attractive alternative for the project.

The final design called for the substitution of two (2) of the three (3) walls to be designed and constructed as Redi-Rock precast modular block gravity retaining walls with the Ledgestone face texture. The ability of the Redi-Rock walls to achieve the required maximum design height of 15 feet without external reinforcement such as geogrid or earth anchors and stay within the planned construction limits were key considerations in the approval of the value engineering alternative proposed by the contractor’s design-build team.

Both Redi-Rock walls on this project were designed by JC Hines and Associates with Redi-Rock retaining wall block units manufactured by Piedmont Precast of Atlanta, Georgia. Total face area of the two (2) walls is 4,964 square feet. Construction of the retaining walls was completed in 2016.