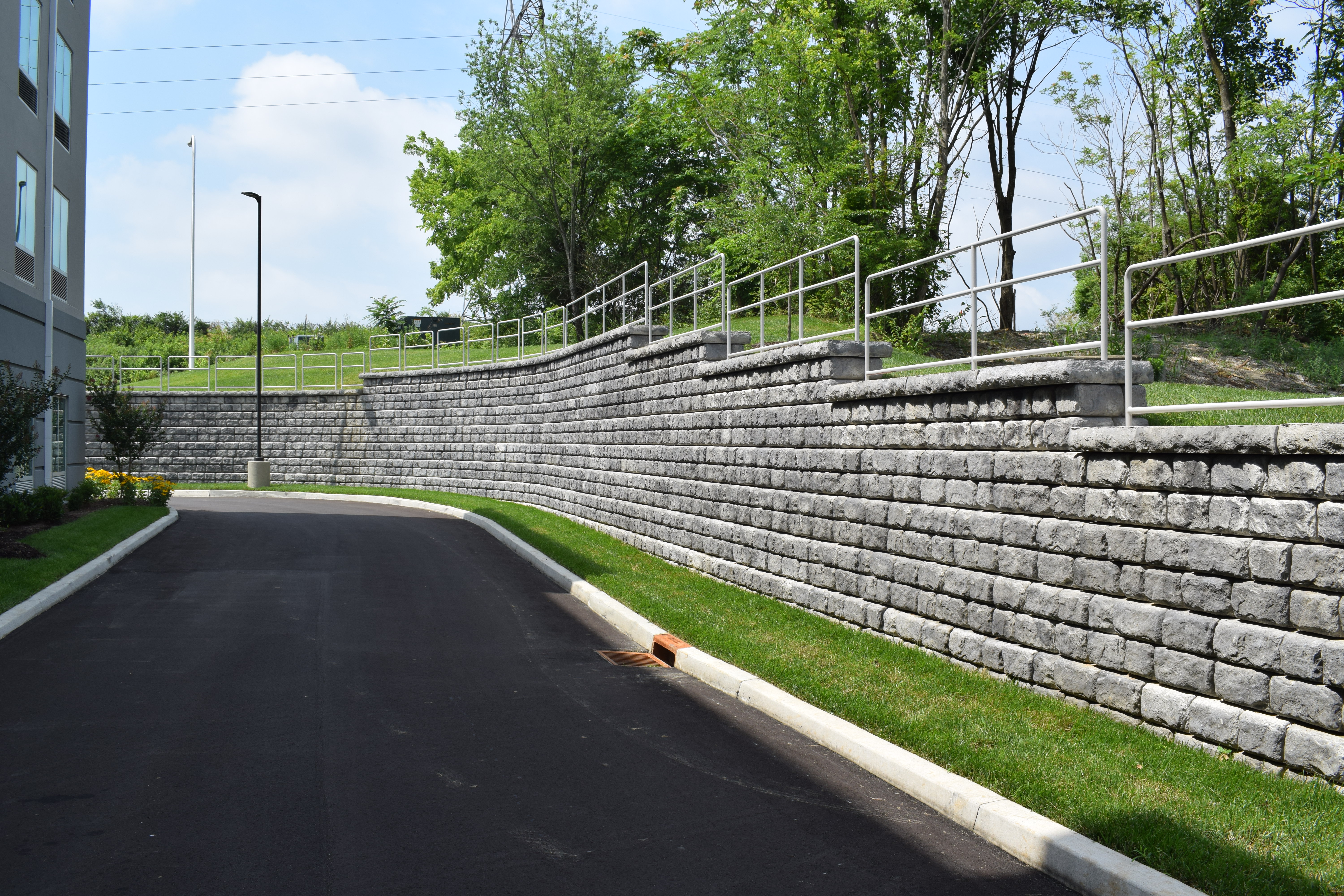 In the summer of 2016, the Wyndham Hotel Group broke ground on a Wingate by Wyndham hotel at  One Century Boulevard near the Nashville International Airport.  The 4-story, 123-room hotel would be the first of its type in the Nashville market and part of $250 million nationwide effort to expand the mid-scale brand by more than 10% over a 2-year period.  Corinthian Development Company of Morgan Hill, California, a veteran development partner to the hospitality industry and serving as the owner’s agent, selected local Nashville general contractor R.G. Anderson Company to construct the $11 million project.

Not long after initial plans for the sitework had been drawn, R.G. Anderson contacted Redi-Rock K.I.T. (Kentucky, Indiana and Tennessee) to inquire about the suitability of the Redi-Rock retaining wall system for the site retaining walls proposed for the project.  One wall would support a cut along the rear access to the building that would reach a maximum height of 12.5 feet.

Redi-Rock K.I.T. called on design partner, JC Hines and Associates, to prepare the necessary construction drawings and material quantities summary for construction budgeting.  Situated in limestone bedrock for most of the wall’s height, a Redi-Rock gravity wall was an easy substitution for the more costly cast-in-place concrete wall system called for in the original site design.

The wall was constructed by Redi-Rock K.I.T.’s in-house construction group.  Final length of the retaining wall was 223 linear feet with a total constructed face area of 2,044 square feet.  Hotel construction was completed in May of 2018.